The Seventeenth Plan Was A Flop 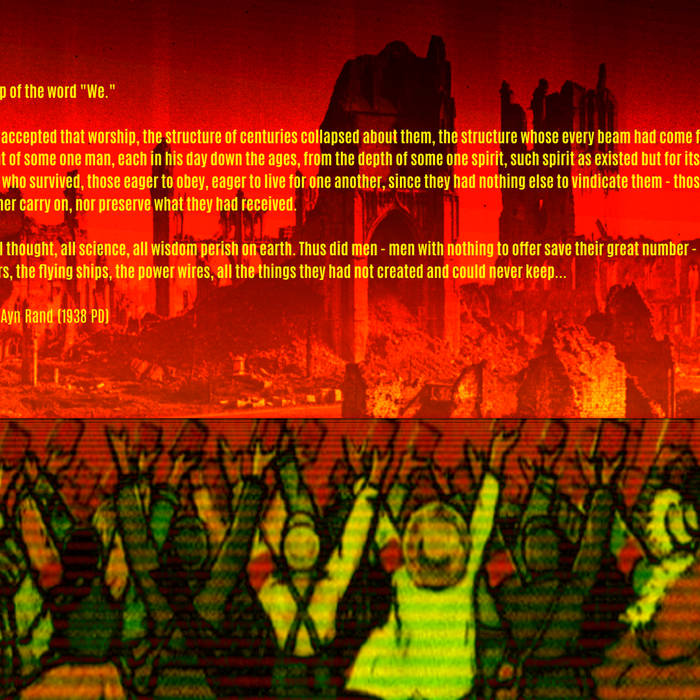 ...I look upon the history of men, which I have learned from the books, and I wonder. It was a long story, and the spirit which moved it was the spirit of man's freedom. But what is freedom? Freedom from what? There is nothing to take a man's freedom away from him, save other men. To be free, a man must be free of his brothers. That is freedom. That and nothing else.

But then he gave up all he had won, and fell lower than his savage beginning.

What brought it to pass? What disaster took their reason away from men? What whip lashed them to their knees in shame and submission? The worship of the word "We."

When men accepted that worship, the structure of centuries collapsed about them, the structure whose every beam had come from the thought of some one man, each in his day down the ages, from the depth of some one spirit, such spirit as existed but for its own sake. Those men who survived, those eager to obey, eager to live for one another, since they had nothing else to vindicate them - those men could neither carry on, nor preserve what they had received. Thus did all thought, all science, all wisdom perish on earth. Thus did men - men with nothing to offer save their great number - lose the steel towers, the flying ships, the power wires, all the things they had not created and could never keep. Perhaps, later, some men had been born with the mind and the courage to recover these things which were lost; perhaps these men came before the Councils of Scholars. They were answered as I have been answered - and for the same reasons.

But I still wonder how it was possible, in those graceless years of transition, long ago, that men did not see whither they were going, and went on, in blindness and cowardice, to their fate.

I wonder, for it is hard for me to conceive how men who knew the word "I" could give it up and not know what they lost. But such has been the story, for I have lived in the City of the damned, and I know what horror men permitted to be brought upon them.

Perhaps, in those days, there were a few among men, a few of clear sight and clean soul, who refused to surrender that word. What agony must have been theirs before that which they saw coming and could not stop! Perhaps they cried out in protest and in warning. But men paid no heed to their warning. And they, these few, fought a hopeless battle, and they perished with their banners smeared by their own blood. And they chose to perish, for they knew.